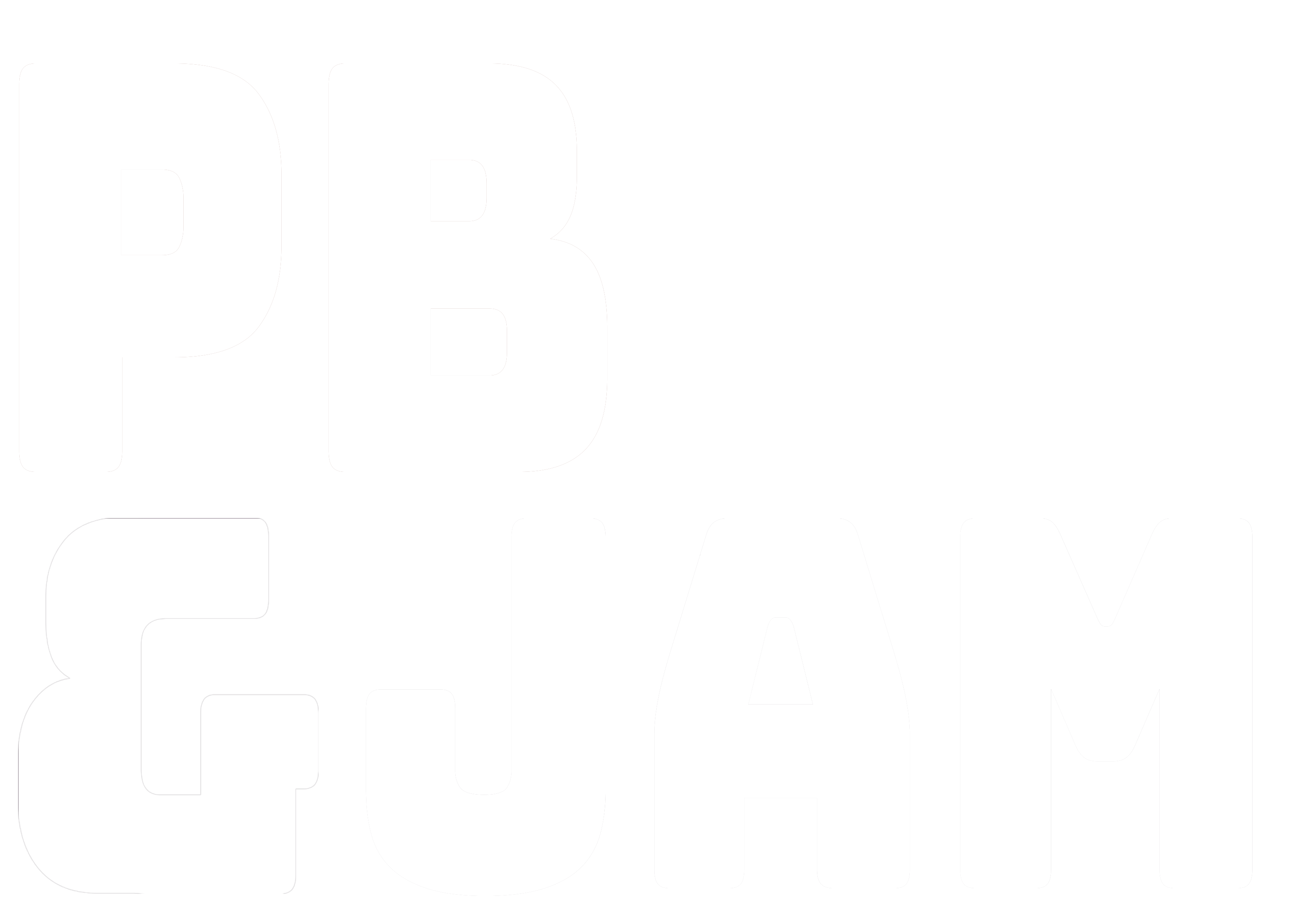 Sampling at the DSNY NEON site was facilitated by Guy Fausnaught at NEON and Beatriz Pace-Aldana, the Research Coordinator, plant and GIS specialist at the Disney Wilderness Preserve.  From 15-16 June we installed seed traps and collected data on cone production at three NEON plots: 6, 8, 10.  Tree cover on other plots was too sparse to warrant seed monitoring.

Formerly ranchland, the Disney Wilderness Preserve has been restored to Pine savanna under ownership of The Nature Conservancy. Previously, most of the preserve consisted of flatwoods open to cattle and excluded from fire.  Frequent fire and invasive species removal restored the flatwoods/savannahs with more herbaceous groundcover.  Prescribed burning at 3-yr intervals promotes pine savannas, which is interspersed with cypress swamps and some hardwood stands.  TNC is actively managing to minimize invasive species and restore red-cockaded woodpecker to the site.  The dominant slash pine (Pinus elliotii) and longleaf (P. palustris) form a sparse canopy over palmetto (Serenoa repens) and rhizomatous dwarf shrubs, including dwarf live oak (Quercus minima), runner oak (Q. elliottii), blueberry (Vaccinium) and grass species, include wiregrass (Aristida stricta).  We observed a single loblolly pine (P. taeda).  Much of the mesic flatwoods remain saturated from May to September from almost daily afternoon thunderstorms, sometimes short-duration, often high-intensity.

Beatriz discussed options for accommodating our seed traps during controlled burns, which can come with limited notice.  She generously offered to facilitate moving traps aside during burns and contacting us on how to redeploy them.

Cone counts supplement mast estimates from seed trap data.  Throughout this site, pines support sparse foliage and cone production.  Female cones fertilized in spring develop over the current and subsequent growing season to release seeds in autumn and winter of the following year. Sparse canopies facilitated direct cone counts, in two cohorts.  Open cones at the time of our visit in 2018 released seeds in winter of 2017.  Consistent with previous convention, we call this the “2017 seed year”.  Fully developed but unopened cones on trees at the time of our visit were initiated in spring 2017 and will release seed beginning in autumn/winter of 2018.  Undeveloped cones were initiated in 2018 and too small to observe from the ground.  From cone counts, it became clear that 2017 was a relatively strong seed year. From sparse unopened cones we expect small seed crops in 2018.

On all plots, we mapped all trees within the NEON 40×40 area.  Having been burned the week before our arrival, Plot 6 presented us with blackened soils and stems. Already there was evidence of regrowth of palmetto and grasses.  Despite near complete consumption of understory foliage during the burn, it was clear that palmetto was a dominant species. We installed six seed traps and counted cones on trees.

At the southern end of the site, plot 8 supported a diverse understory beneath a sparse slash pine overstory.  Here again, we installed six seed traps and completed cone counts.

Plot 10 represents palmetto-dominated savanna, with palmetto, several shrub oaks, Vaccinium, and grasses.  The water table was at the surface, but there was no standing water within the plot.  We installed 6 seed traps and counted cones from the three cohorts on trees within 20 m of the plot center. 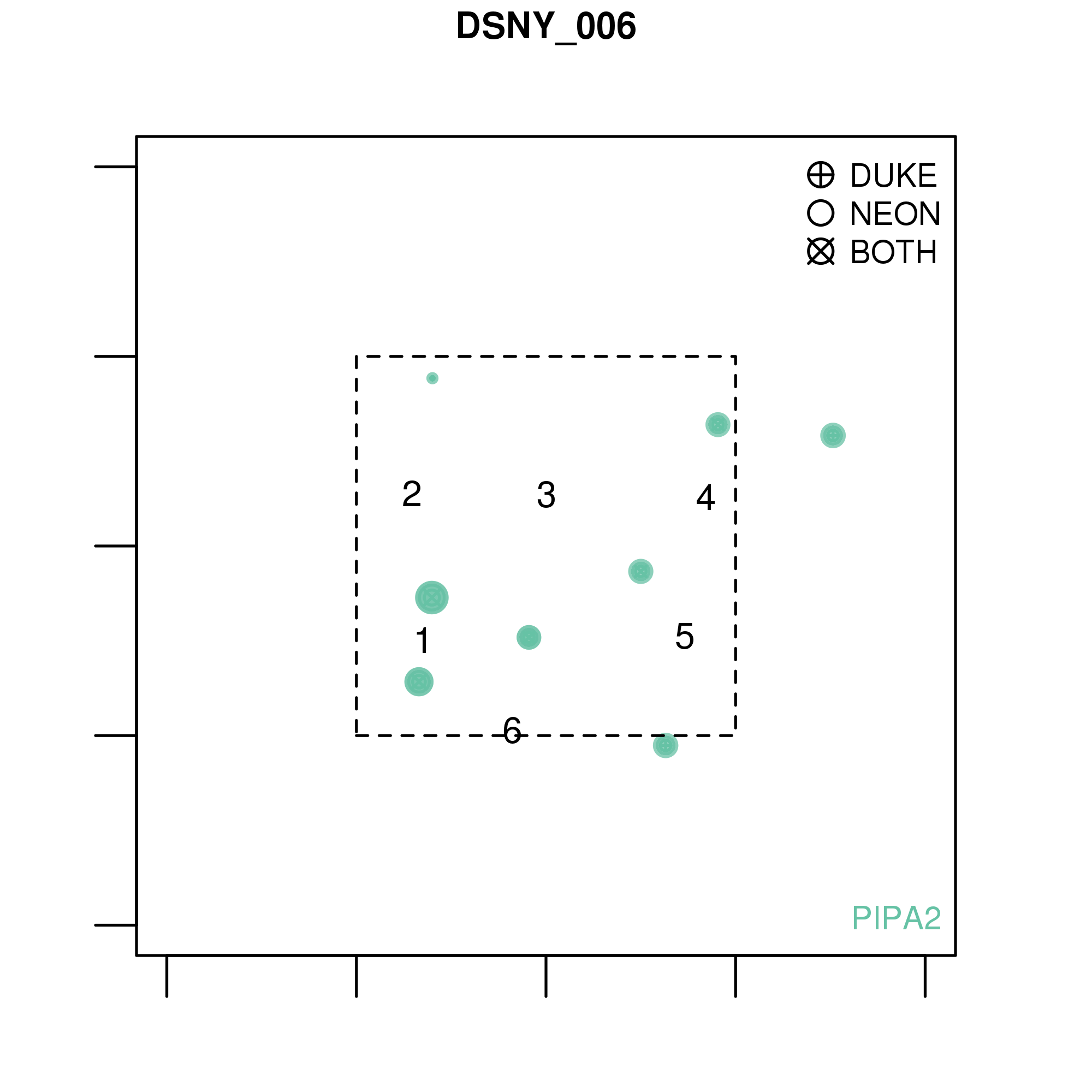 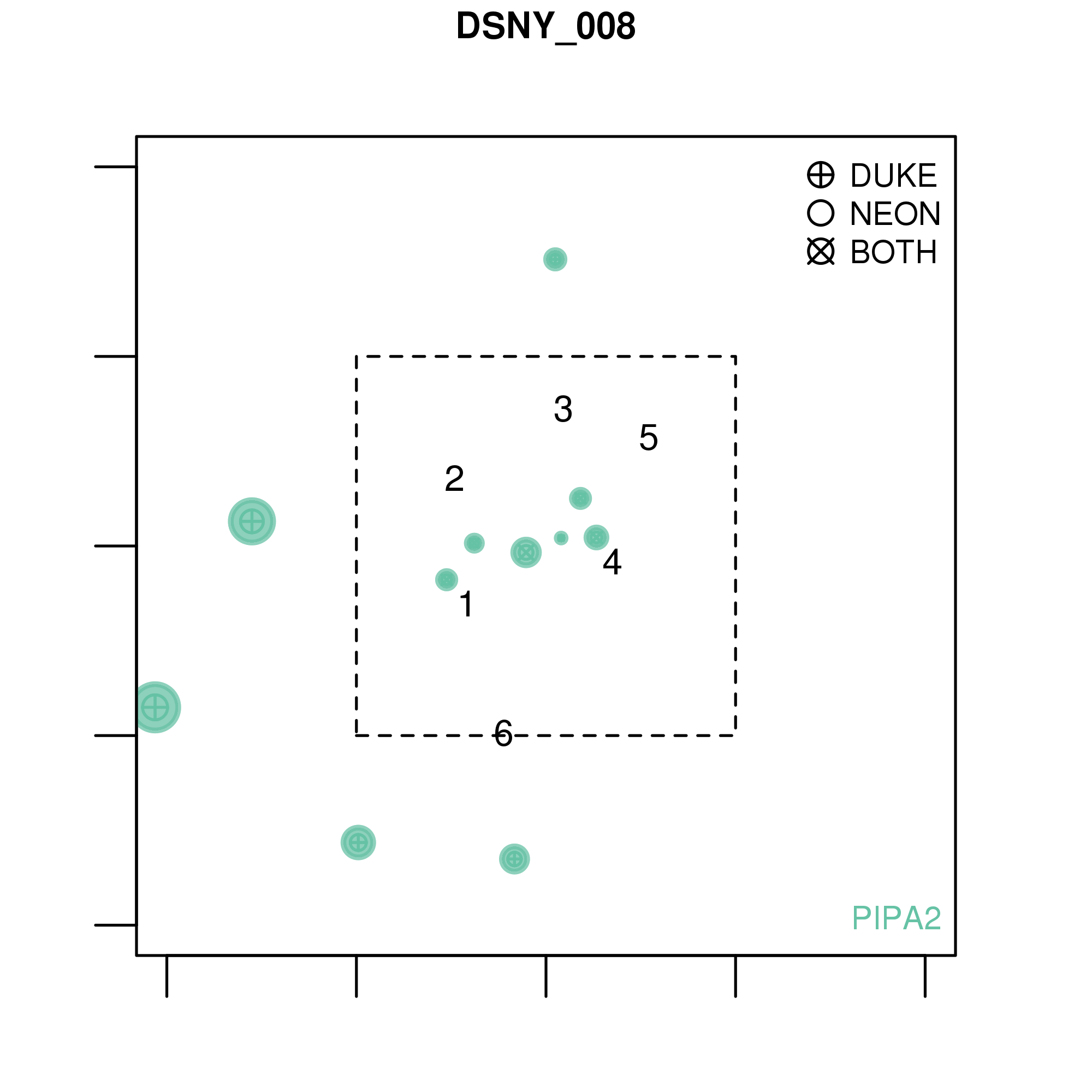 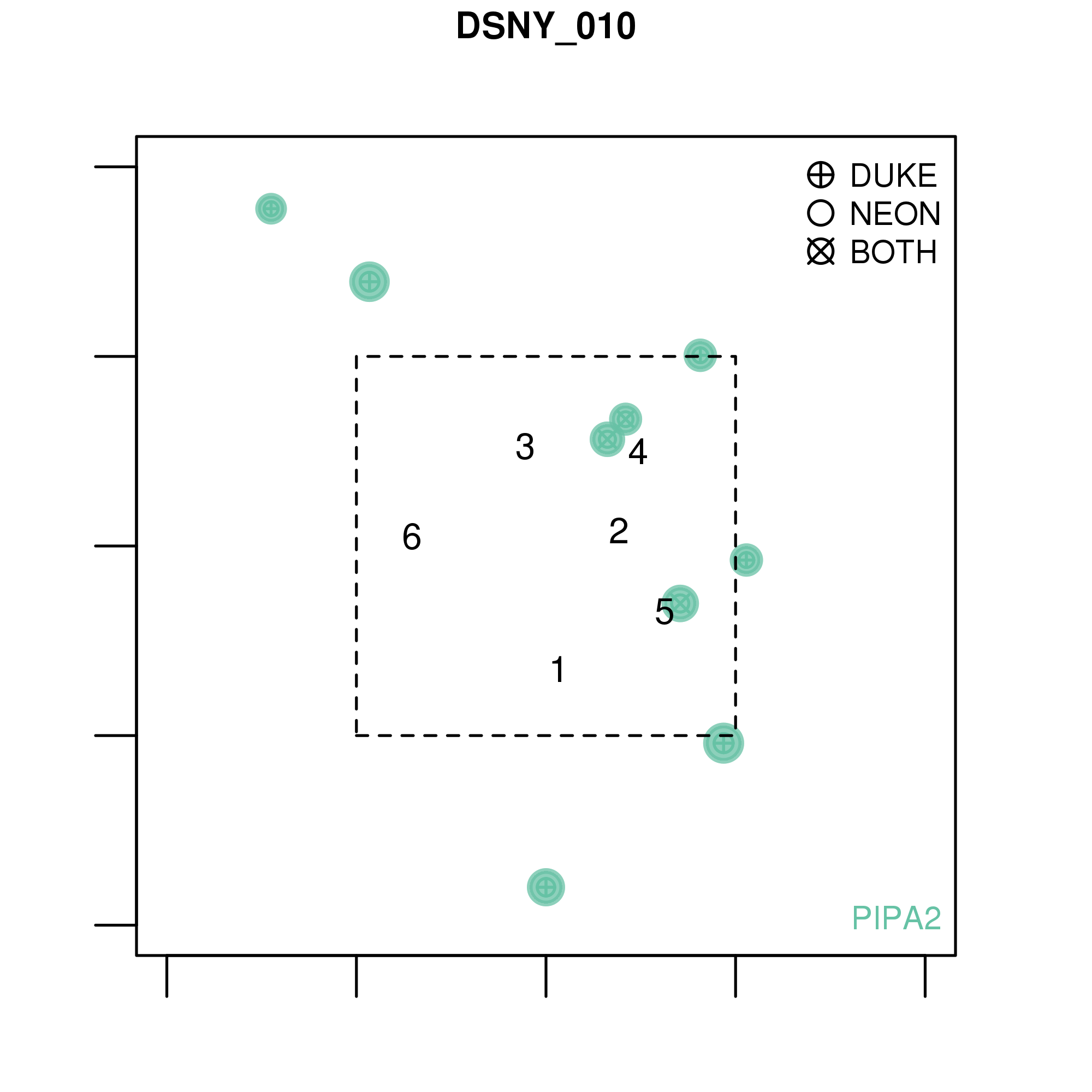 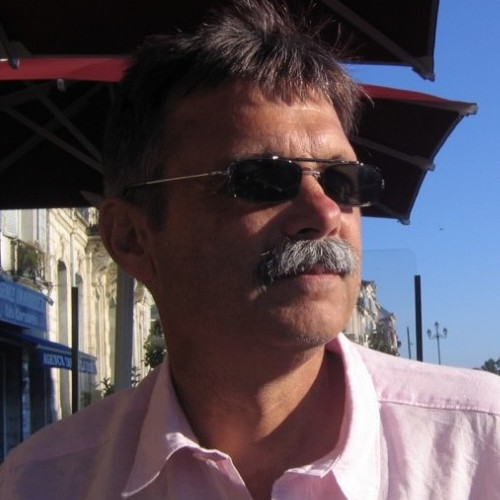 Jim Clark
James S. Clark is Nicholas Professor of the Nicholas School of the Environment and Professor of Statistical Science. Clark’s research focuses on how global change affects populations, communities, and ecosystems. 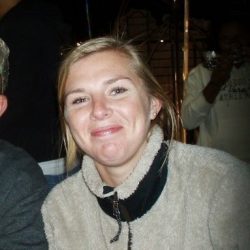 Jordan Luongo
Jordan serves as Lab Manager for the Clark Lab; facilitating, organizing, and executing field work across the plethora of research sites, she is an indispensable member of the comprehensive project.

The Talladega NEON site is located within the Oakmulgee Ranger District of the Talladega National Forest. This rolling terrain is part of the Fall Line Hills of the Eastern Gulf Coastal Plain. In the 1800’s this area was heavily logged, but since the 1980’s the Forest Service has worked on restoring this area back to the Longleaf Savannah ecosystem.

Niwot Ridge is an LTER site administered through University of Colorado’s Institute of Arctic and Alpine Research (INSTAAR)at their Mountain Research Station. NEON sites extend from P. contorta and subalpine spruce-fir to above treeline. 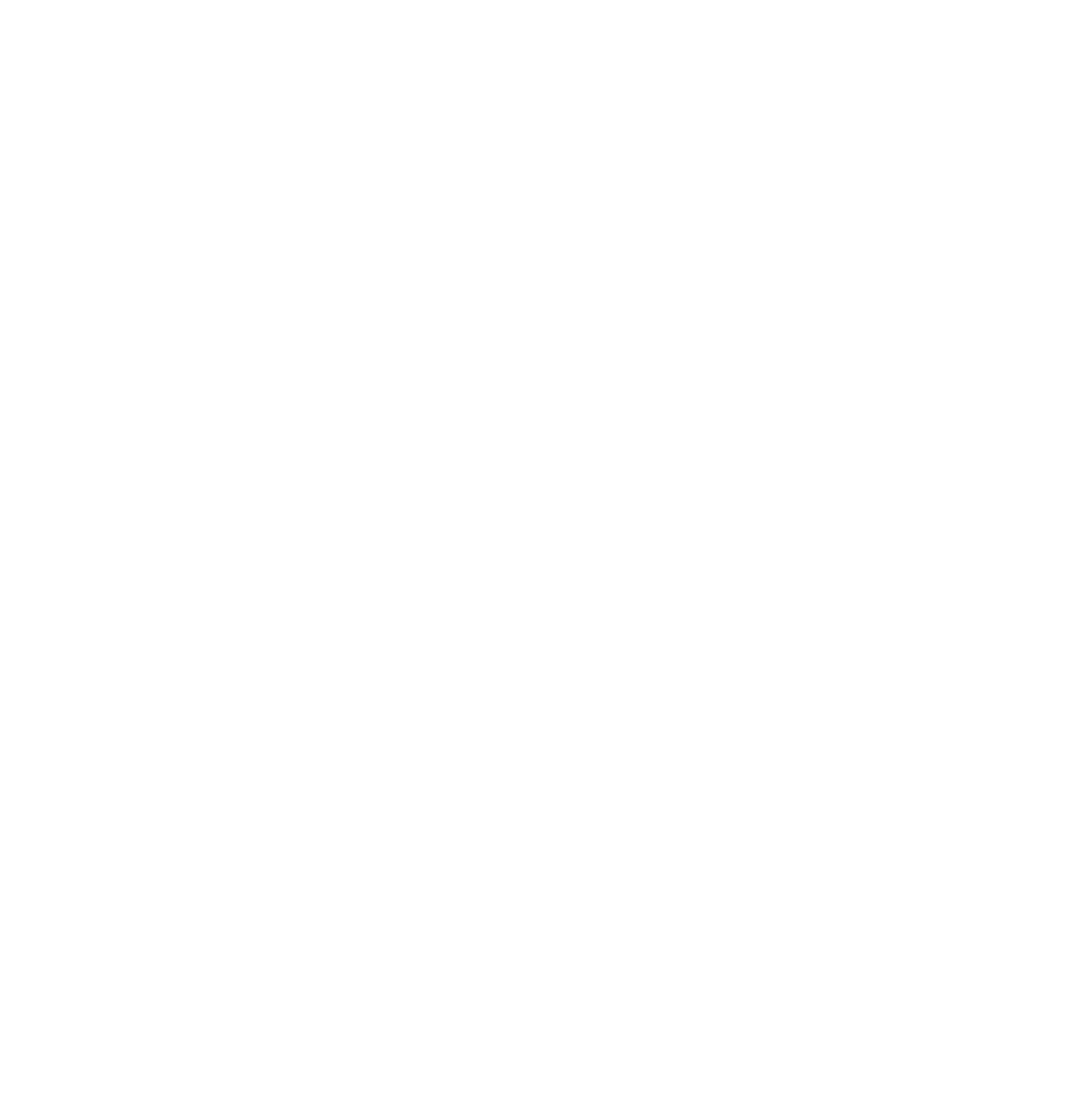